GNS3 was only a desktop application from the first version up to version 0.8.3. With the more recent 1.x versions, GNS3 has the possibility to use remote servers. Now, in version 2.0, multiple clients could control GNS3 at the same time, also all the “application intelligence” has  been moved to the GNS3 server.

What does it mean?

Third parties can make applications controlling GNS3.
Multiple users can be connected to the same project and see each other modifications in real time.
No need to duplicate your settings on different computers if they connect to the same central server.
Easier to contribute to GNS3, the separation between the graphical user interface and the server/backend is a lot clearer.
All the complexity of connecting multiple emulators has been abstracted in what we call the controller (part of GNS3 server). From a user point of view, it means that it is possible to start a packet capture on any link, connect anything to a cloud etc.

Multiple users can be connected to the same project

Multiple user can be connected to the same project and see each other changes in real time and collaborate. If you open a console to a router you will see the commands send by other users. 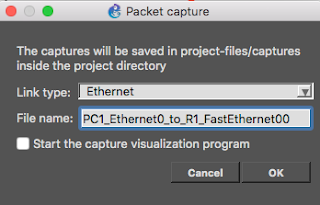 Now starting a packet capture is just as easy as clicking on a link and asking for new capture. GNS3 will guess the pick the best interface where to capture from.

Capture on any link between any nodes

There is no longer any restriction on what kind of node can be used for a packet capture. Previously VPCS and Qemu were not supported. 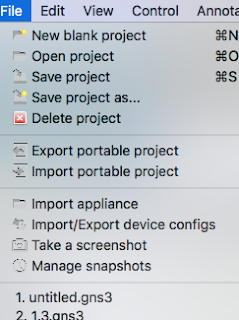 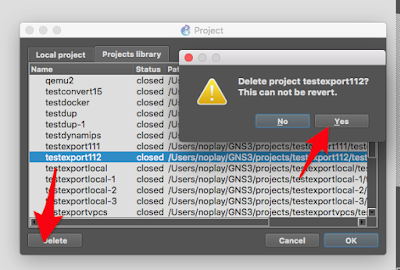 There are now multiple options allowing you to load a project with GNS3 in background and even to auto start the nodes.

In previous versions of GNS3, the cloud was in fact a direct usage of the emulator capabilities to connect to external networks. In version 2.0, the cloud is a real node, this means:

Possibility to connect anything to any cloud
All links to a cloud support packet capture
There is no need to run emulators as root to connect to a cloud (only uBridge requires admin permission).
Cloud templates 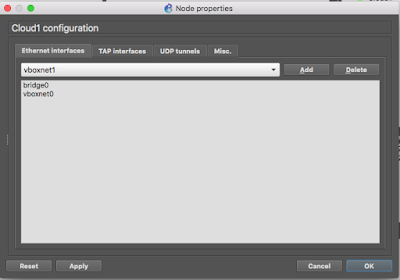 You can create template for these nodes just like other nodes. 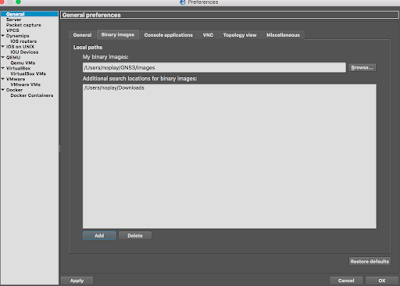 Periodic extraction of startup configs for Dynamips and IOU

Startup configs are extracted at regular interval to avoid configuration loss if Dynamips or IOU crashes.

Snap to grid for all objects

%I WILL BE REPLACED BY THE PROJECT UUID

%C WILL BE REPLACED BY THE CONNECTION STRING

Or enable a dialog at startup 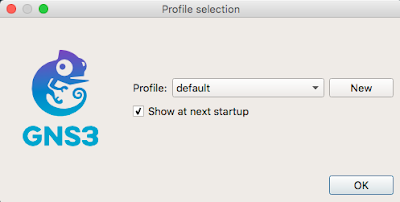 For fastest exit and restart of GNS3 you can now suspend the VM. This works well with an SSD disk. For instance, it takes less than 4 seconds on an old macbook when previously the start time was 30 seconds.

The scene size can be changed if your project is bigger than the standard one.

Instead of the old licence file system. Now you can import the IOU licence and it will be sync across your devices.

You can now use custom bios image when running Qemu machines. This allow to use appliance with custom UEFI bios.

This API is quite complete, the only major missing part at the moment is creation and use of node templates. 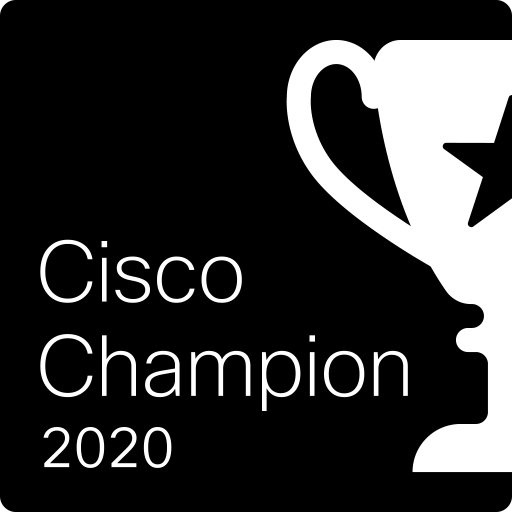 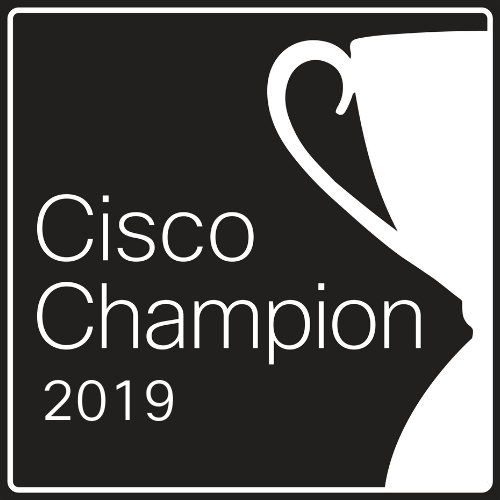